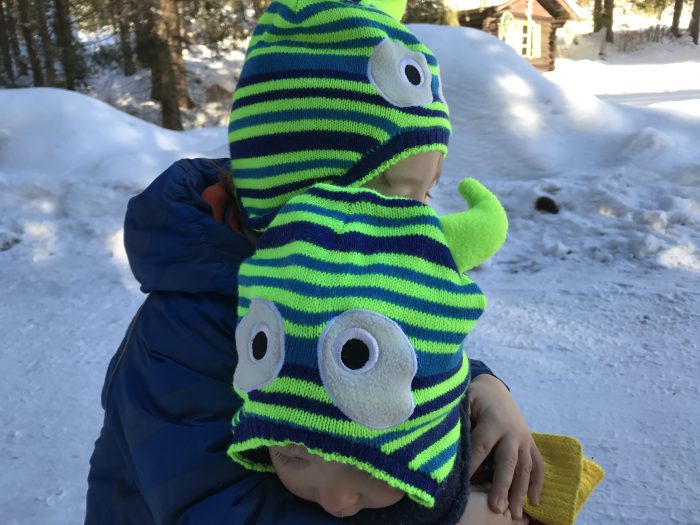 I had a realisation at 1 am on 1st January 2017: my social media habit had reached a new extreme. I was checking my socials constantly throughout the day, all the time, and I felt it was simply getting out of hand. I spent too many hours glued to my phone or my computer and when I looked up I could see my beautiful kids vying for my attention.
Recent studies have found that adults aged 18 – 33 look at their smartphones once every 10 minutes, which is roughly 85 times a day. (Source idigital Times)

Also, the average person has five social media accounts and spends around 1 hour and 40 minutes browsing these networks every day, accounting for 28% of the total time spent on the internet. (Source the Telegraph)

Spontaneously, I set my new year resolution: forget about social media for a month.
The result? I knitted a scarf, cooked considerably more meals, and listened to an awful lot of podcasts. Also, never in my life have I checked the weather app as frequently as I did last month. It also felt oddly powerful…

Admittedly, I cheated a few times towards the end, mainly to catch up on ‘news’, both professional and personal. Someone announced their pregnancy, another announced their departure from a job, and those things I only heard retrospectively and it felt as though I was missing out. I was also featured on an online news site and it felt silly not to retweet it or be part of the subsequent conversation that, after all, I had started.

I do find my peers mingle on Twitter and share professional news and views there which you do loose out on .
I missed Instagram the most for just casual browsing and seeing nice things from friends and acquaintances. The platform that I barely missed and actually had to reinstall today was Facebook. Somehow this glorified self promoting site doesn’t do it for me  anymore. It feels clunky, the filters are questionable, and I don’t trust its feeds anymore, especially with the rise of “fake news” and “alternative facts” that people share sometimes without reading, let alone fact-checking.

What I have learnt: probably not much in the grand scheme of these but it felt nice to get away and dip into the real world again, where you don’t just share your amazing and wonderful moments on all your platforms. Lovely photos stayed on my phone but I also didn’t think about what to post next, how else to impress or interact and that felt somehow made me feel more free.

Don’t worry I am back. find me on my socials….